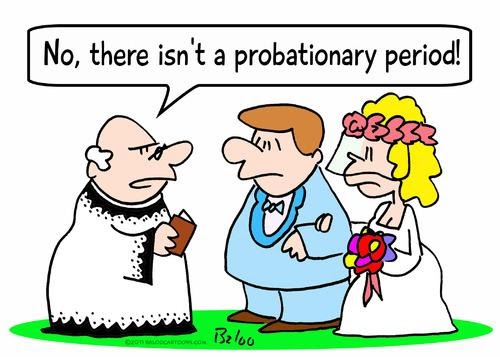 Years ago, the international company I worked for employed an engineer in the United Kingdom to work for its South African operation. When the engineer arrived in South Africa, he was asked for proof of his qualifications. He explained that he had sent them with his furniture and belongings by ship and they would be arriving ‘shortly’. Every time he was asked for the documents, he had a plausible reason as to why they had not yet arrived.

‘Shortly’ dragged on to four months, during which time he worked, apparently satisfactorily, as a plant engineer. Eventually however, someone must have ‘smelt a rat’ and made contact with the university where he was supposed to have studied.            The  university had no record of the ‘engineer’ ever having studied there. Calls to his previous employers in the UK revealed that he was a ‘master conman’. At one stage, he had worked as an artisan but he had not completed his time and he had never even trained as an engineer. How could this happen, especially in a top international company with the one of the best HR divisions in the world?! Well, it did! These things happen in the best of companies and it is for this reason that employers include a period of probation in their contracts of employment. Unfortunately, however, probation is an often misunderstood and sometimes abused concept.

Most employers require a three-month period of probation but the LRA does not lay down a specific time frame. Instead Section (1) (d) of the Code reads:-

In other words, if the employer were to employ someone in a skilled managerial job, such as an engineer, a longer period of probation would be appropriate than for say a merchandiser.

(1) (c) Probation should not be used for purposes not contemplated by this Code to deprive employees of the status of permanent employment. For example, a practice of dismissing employees who complete their probation and replacing them with newly hired employees is not consistent with the purpose of probation and constitutes an unfair labour practice.

(e) During the probationary period, the employee’s performance should be assessed. An employer should give an employee reasonable evaluation, instruction, training, guidance or counselling in order to allow the employee to render satisfactory service.

From these clauses it is clear that the aim of the legislators was to ensure that employers give employees a fair chance to get to grips with the challenges of a new position. One of the best ways to ensure this and, at the same time, create a favourable and lasting impression with a newly hired employee, is to introduce a proper induction programme.

For senior employees a 6-week, self-directed induction programme is recommended whereby the new employee is given an outline of:

After 6 weeks the employee is required to produce a status report outlining his or her general observations, areas which require improvement and work objectives for the next twelve months. If after 6 weeks the report is poor or is not forthcoming, the alarm bells should start ringing for the employer. Close attention should be given to the employee to ensure that the employee is given every opportunity to meet the requirements of the job.

Junior employees should be formally inducted into the company and the job as soon as possible. Assign a person to work closely with the new employee to set standards and goals and to evaluate, train, coach and give feedback.

Let’s face it; even the best companies make mistakes when it comes to selection. The sooner it is rectified, the better for all concerned, including the employee. There is nothing worse for destroying a person’s self confidence than being considered a failure in a job. It is better for the employee to move on and find something which he or she is better suited.

Unfortunately, misguided managers think that if they avoid the problem it will rectify itself. This is not so, it only makes things worse and more difficult to handle should termination be necessary.

Clauses 8 (1) (f) to (i) in the Code provide an outline of the steps an employer must take should it be deemed necessary to dismiss an employee during the probationary period. This includes the right to be assisted by a trade union representative (shop steward) or fellow employee, to be given an explanation for the alleged unsatisfactory performance and in turn, to be heard.

The criteria to be considered in making the decision to dismiss an employee during a period of probation are less onerous on the employer than for permanent employees. Section (1) (j)  reads:

As long as the employer can show that in spite of a fair process having been followed, the employee does not fit in or is unable to meet the requirements of the job, a CCMA commissioner or bargaining council arbitrator is unlikely to overturn the employer’s decision to dismiss. An important point here however, is that the onus is on the employer to prove fairness, so proper records must be kept!

The employer and employee should ideally sign such records, but witnesses and training records may also be used.

Spend constructive time early on in the probation period to induct, train, and COACH the new employee. If the employee settles in and masters the job, great!

If, however, the employee still cannot master the job, you have made a poor selection and the sooner you rectify the situation, the better for everyone. But be fair! Follow a fair procedure and keep good records to show you have.

If you have to terminate, make sure there is a formal investigation into the employee’s inability to meet requirements. This need not be a formal disciplinary enquiry, but the employee must have an opportunity to explain to a more senior manager why s/he is unable to perform to standard.

Use the following checklist to ensure you have enough evidence of efforts to remedy gaps in performance.

TERMINATING THE SERVICES OF AN EMPLOYEE ON PROBATION

IF FAILURE TO PERFORM IS CLEARLY THE FAULT OF THE EMPLOYEE, GIVE NOTICE OF A FORMAL INVESTIGATION/ENQUIRY.